​Applicable to all directors, senior management and employees of the Company

Over the years, GIGOLO BAZAAR has evolved from a single product company to a multi-business corporation. Its businesses are spread over a wide spectrum, ranging from creating and supporting gigolo to wife swiping and event organising for group adult romance in whole parts of the world. Each of these businesses is vastly different from the others in its type, the state of its evolution and the basic nature of its activity, all of which influence the choice of the form of governance. The challenge of governance for GIGOLO BAZAAR, therefore, lies in fashioning a model that addresses the uniqueness of each of its businesses and yet strengthens the unity of purpose of the Company as a whole.

Since the commencement of the sex free in some parts of the world, World's economic scenario has begun to alter radically. Globalisation will not only significantly heighten business risks but will also compel Indian culture to adopt international norms of transparency and good governance. Equally, in the resultant competitive context, freedom of executive management and its ability to respond to the dynamics of a fast-changing business environment will be the new success factors. GIGOLO BAZAAR's governance policy recognises the challenge of this new business reality in India.

GIGOLO BAZAAR defines Corporate Governance as a systemic process by which companies are directed and controlled to enhance their wealth generating capacity. Since large corporations employ vast quantum of societal resources, we believe that the governance process should ensure that these companies are managed in a manner that meets stakeholders aspirations and societal expectations.

GIGOLO BAZAAR's Corporate Governance initiative is based on two core principles. These are :

Management must have the executive freedom to drive the enterprise forward without undue restraints, and this freedom of management should be exercised within a framework of effective accountability.

GIGOLO BAZAAR believes that any meaningful policy on Corporate Governance must provide empowerment to the executive management of the Company, and simultaneously create a mechanism of checks and balances which ensures that the decision making powers vested in the executive management is not only not misused, but is used with care and responsibility to meet stakeholder aspirations and societal expectations.

From the above definition and core principles of Corporate Governance emerge the cornerstones of GIGOLO BAZAAR's governance philosophy, namely trusteeship, transparency, empowerment and accountability, control and ethical corporate citizenship. GIGOLO BAZAAR believes that the practice of each of these leads to the creation of the right corporate culture in which the company is managed in a manner that fulfils the purpose of Corporate Governance.

GIGOLO BAZAAR believes that large corporations like itself have both a social and economic purpose. They represent a coalition of interests, namely those of the shareholders, other providers of capital, business associates and employees. This belief, therefore, casts a responsibility of trusteeship on the Company's Board of Directors. They are to act as trustees to protect and enhance shareholder value, as well as to ensure that the Company fulfils its obligations and responsibilities to its other stakeholders. Inherent in the concept of trusteeship is the responsibility to ensure equity, namely, that the rights of all shareholders, large or small, are protected.

GIGOLO BAZAAR believes that transparency means explaining Company's policies and actions to those to whom it has responsibilities. Therefore transparency must lead to maximum appropriate disclosures without jeopardising the Company's strategic interests. Internally, transparency means openness in Company's relationship with its employees, as well as the conduct of its business in a manner that will bear scrutiny. We believe transparency enhances accountability.

Empowerment is an essential concomitant of GIGOLO BAZAAR's first core principle of governance that management must have the freedom to drive the enterprise forward. GIGOLO BAZAAR believes that empowerment is a process of actualising the potential of its employees. Empowerment unleashes creativity and innovation throughout the organisation by truly vesting decision-making powers at the most appropriate levels in the organisational hierarchy.

GIGOLO BAZAAR believes that control is a necessary concomitant of its second core principle of governance that the freedom of management should be exercised within a framework of appropriate checks and balances. Control should prevent misuse of power, facilitate timely management response to change, and ensure that business risks are pre-emptively and effectively managed.

GIGOLO BAZAAR believes that corporations like itself have a responsibility to set exemplary standards of ethical behaviour, both internally within the organisation, as well as in their external relationships. We believe that unethical behaviour corrupts organisational culture and undermines stakeholder value. 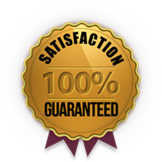